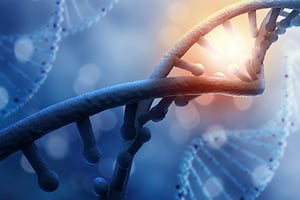 Human immune system (HIS) humanized and genetically humanized mouse models play an increasingly important role in the drug discovery process. The ability to genetically humanize models has opened up new and exciting research areas and expanded the suitability of using mice to develop and test new therapeutics.

There are many methods to employ when building genetically humanized mouse models ranging from the relatively simple to the potentially more complex. Each methodology has its strengths and limitations in terms of timeline and cost and how the model can be used.

Our panel of experts cover:

Arm yourself with a solid introduction to genetically humanized mouse models and the knowledge needed to take your model generation ideas and research projects to the next level.

Dr. Kenneth Albrecht is the Associate Director, Model Generation Solutions at Taconic Biosciences. Engaged in mouse model generation and characterization for some 25 years, Kenn is broadly trained in classical genetics, molecular genetics, genomics, and developmental biology. He earned a B.S. in Biology from the State University of New York at Stony Brook and a Ph.D. in Genetics from the University of Connecticut. Kenn trained as a post-doctoral fellow at The Jackson Laboratory in Eva Eicher’s laboratory before moving to Boston University School of Medicine to start his independent research laboratory. While at BUSM he also held positions as Scientific Director of the Transgenic and Genome Engineering Core, founding Associate Director of the Genome Science Institute and Co-Director of the Graduate Program in Genetic and Genomics. He joined Taconic in 2017 and currently maintains an adjunct faculty position at BUSM.

Dr. Dominique Bröhl joined Taconic in 2016 after 14 years in academic research. He has expertise in rodent model generation, developmental biology, and stem cell biology. He completed a master’s degree in biology from the University of Bonn (Germany) in 2002, focusing on the in vivo characterization of intermediate filament proteins. He received his Ph.D. in developmental biology from the Free University of Berlin (Germany) in 2008, working on transcription factors regulating the development of the spinal cord. Afterwards he completed his postdoctoral training at the Max-Delbrück-Center for Molecular Medicine (Berlin, Germany) focusing on the role of the Notch signaling pathway in the development of muscle stem cells.

Dr. Mark Johnson earned a Ph.D. in Neuroscience from Brown University and a B.A. in Genetics and Development from Cornell University. He is an expert in genetic engineering with 15 years of experience in the design, generation and use of animal research models. His graduate research focused on developing mouse models to investigate the neural circuitry of a novel olfactory modality that mediates inter-species chemical communication. As a postdoctoral research fellow at Harvard Medical School – Beth Israel Deaconess Medical Center, he designed transgenic mice that model genetic forms of human autism spectrum disorders. This published work is leading to a better understanding of how gene dosage can affect properties of the neural networks that mediate social behavior.

Dr. Evert-Jan Uringa joined Taconic in 2016 after 15 years of academic research. He is an expert in mouse model generation and has experience in stem cell biology, developmental biology, cancer biology, ageing biology and fertility. He completed his Ph.D. at the Erasmus MC Rotterdam in the departments of Cell Biology and Genetics, and Developmental Biology, studying the role of DNA repair proteins in meiosis and mitosis. Subsequently, he moved to Peter Lansdorp’s lab at the Terry Fox lab, within the BC Cancer Agency, Vancouver, Canada to study DNA replication and telomere maintenance in premature aging syndromes and cancer biology. He continued this work at the European Institute for the Biology of Ageing (ERIBA) in Groningen, The Netherlands. In addition, he holds a Bachelor’s in Biotechnology and a Master’s in Molecular and Cellular Biology from Wageningen University and Research, The Netherlands.

Miranda Himelright joined Taconic as the Model Generation Solutions Product Manager in 2019. She holds a Master of Science in Physiology and Neurobiology from the University of Connecticut. Prior to joining Taconic, Miranda was a scientist at Pfizer Inc., and led a team of associate scientists within their Vaccine Research and Development department. She has experience in several facets of high throughput clinical testing including cell culture automation, cryopreservation, laboratory protocol development, and quality control.